About the Research – Creation Project

A lower voice is one of the of the changes most desired by many transgender people assigned female at birth (AFAB) who take testosterone. While taking testosterone does lead to a lower voice, some people experience vocal problems, like a persistently weak, hoarse, or unstable voice, after starting T. The lack of systematic information on transgender voice transitions makes the decision to start testosterone especially difficult for transgender singers, because they can either take testosterone to transition, but risk losing functional use of their voice, or continue living with a body that does not align with their gender.

We address this issue by (1) conducting a case study on the voice transition of an assigned-female transgender singer taking testosterone, Ari Agha, and (2) create an interdisciplinary social justice performance to explore connections between voice and gender.

Case Study of Ari’s Voice Change (Research)
To serve as a baseline, we began collecting information about Ari’s voice before they started taking testosterone. We used many sources to document Ari’s voice change, including video of vocal folds (stroboscopy) and acoustical analysis of their voice, video recording of Ari’s voice lessons with Laura Hynes (voice faculty at the University of Calgary, she/her pronouns), and written records of Laura’s observations about changes in Ari’s voice. Ari chronicled their personal experience of going through a voice change in video and written blogs. In addition, we tracked hormone levels to assess whether these are connected to changes in Ari’s voice.

If you can’t get a copy of the article from your library, please contact us using the Contact form.

An updated version of  the social justice performance was  premiered in the summer of 2022.  Check out the Events/Performances Page for details! 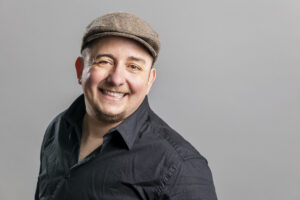 Ari Agha (genderqueer, AFAB, they/them pronouns) is working towards a Master of Music in Voice Performance Pedagogy at Arizona State University. They have sung in choirs since they were 10 years old. They received a B.A. from the University of Miami where they minored in music with a voice focus, singing for four years under the direction of Dr. Jo-Michael Schiebe with the University Chorale. They also sang with Dr. Anthony Leach and Essence of Joy at Pennsylvania State University. Agha has a Ph.D. in Sociology and over fifteen years of experience conducting public policy research on topics including the use of solitary confinement in correctional settings, justice system responses to sexual assault, and preventative social programming for marginalized populations. They sing with the Spiritus Chamber Choir in Calgary, Alberta, Canada, and Essence of Joy Alumni Singers (Penn State). An advocate of feminism, anti-racism, and trans rights, Agha blogs about gender, singing, and current events at www.genderqueerme.com

This research was supported by the Social Sciences and Humanities Research Council of Canada.