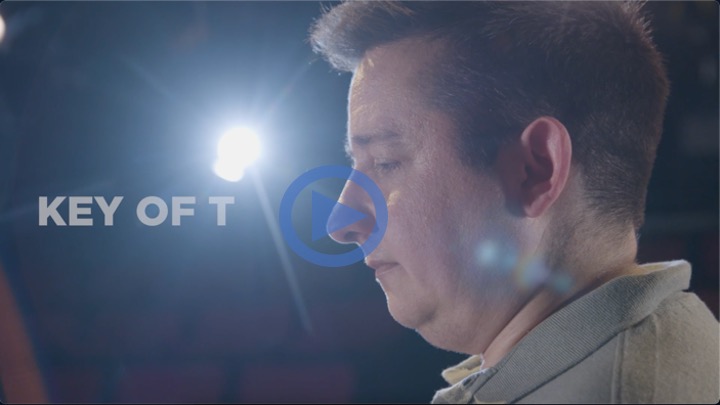 Welcome to The Key of T, which will be publishing information on transgender singing voice transition through testosterone therapy and a research-creation project based on one singer’s experience.

Scroll down to learn about us and our project.

About the Research – Creation Project

A lower voice is one of the of the changes most desired by many transgender people assigned female at birth (AFAB) who take testosterone. While taking testosterone does lead to a lower voice, some people experience vocal problems, like a persistently weak, hoarse, or unstable voice, after starting T. The lack of systematic information on transgender voice transitions makes the decision to start testosterone especially difficult for transgender singers, because they can either take testosterone to transition, but risk losing functional use of their voice, or continue living with a body that does not align with their gender.

We address this issue by (1) conducting a case study on the voice transition of an AFAB amateur transgender singer on testosterone therapy (Ari Agha, they/them pronouns, Research Lead), and (2) using the data collected in that research to create an interdisciplinary social justice performance to tell the story of Ari’s voice change.

Case Study of Ari’s Voice Change (Research)
To serve as a baseline, we began collecting information about Ari’s voice before they started taking testosterone. To document Ari’s voice change we are using stroboscopy (video of vocal folds) and acoustical analysis, video recording of Ari’s weekly voice lessons with Laura Hynes (voice faculty at the University of Calgary, she/her pronouns, Project Lead), and written records of Laura’s observations about changes in Ari’s vocal range, the quality of their voice, and where register changes (or “breaks”) occur. We are also recording Ari singing the same arrangement of “Simple Gifts” (Joseph Brackett, Jr. 1848) every six weeks. Ari is chronicling their personal experience of going through a voice change in video and written blogs. In addition, we are tracking the amount of testosterone Ari is taking and the levels of testosterone in their blood, to assess whether these are connected to changes in Ari’s voice. This case study will address the lack of rigorous research on the effects of testosterone therapy on adult transgender singers and contribute to growing scholarship on teaching transgender singers.

Social Justice Performance (Performance Creation)
We will incorporate findings from the research into an interdisciplinary social justice concert using solo singing, choral music, documentary film and written material, and storytelling. The concert will bring science and art together to share how Ari’s voice changes, celebrate a supportive transition experience, and explore connections between voice and identity. We anticipate commissioning new works to include in the concert and partnering with local LGBTQ+ organizations to highlight their work and encourage audience member involvement. We are planning two performances for Spring 2019, details are forthcoming. In order to assess the research-creation process, we will survey/interview audience members, and conduct interviews and focus groups with community partners and artistic collaborators.

Check out our Events/Performances Page for updates on the social justice performance and to see where else we’ll be sharing our work! 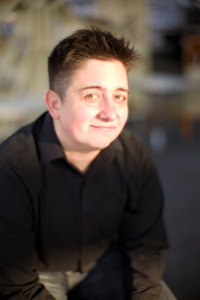 Ari Agha (genderqueer, AFAB, they/them pronouns) has studied voice with Laura Hynes since January of 2016. Agha and Hynes began collaborating on Key of T in the summer of 2016, prior to Agha starting testosterone therapy in September of 2016.

Agha has sung in choirs since they were 10 years old. They received a B.A. from the University of Miami where they minored in music with a voice focus, singing for four years under the direction of Dr. Jo-Michael Schiebe with the University Chorale. They also sang with Dr. Anthony Leach and Essence of Joy at Pennsylvania State University. Agha has a Ph.D. in Sociology and over ten years of experience conducting public policy research on topics including the use of solitary confinement in correctional settings, justice system responses to sexual assault, and preventative social programming for marginalized populations. They sing with Tim Shantz and the Spiritus Chamber Choir and the Double Treble Ensemble in Calgary, Alberta, Canada and Essence of Joy Alumni Singers (Penn State). An advocate of feminism, anti-racism, and trans rights, Agha blogs about gender, singing, and current events at www.genderqueerme.com 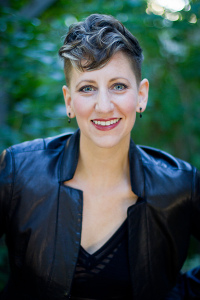 In 2015, Hynes joined the performing arts faculty at the University of Calgary. Her research there focuses on innovation in art song recital through social justice issues (Raise Your Voice), transgender voice transition, and collaborative performance creation. She holds degrees from the University of Minnesota (DMA) where she was the Carolyn Bailey & Dominick Argento Fellow, the Paris Conservatory (Cycle de perfectionnement), the Cincinnati College-Conservatory of Music (M.M.), and Miami University (B.M.).
www.laurahynes.com

This research was supported by the Social Sciences and Humanities Research Council of Canada.

These are some sources that provide useful information about testosterone and AFAB singing voices, but not all of them are grounded in a sound understanding of gender. For better information about transgender and enby experiences and terms, we recommend readers consult resources focused specifically on these topics, like those listed in the Transgender and Nonbinary Identities section below.

These websites are a good place to get started learning about transgender and nonbinary identities.

Transgender 101: A Guide to Gender and Identity to Help You Keep Up with the Conversation – Everyday Feminism, by Sam Dylan Finch (August 10, 2016)

Ari’s blogs at www.genderqueerme.com . These three posts are especially relevant to their voice transition:

To T or Not To T? (September 11, 2016) – This essay was written before Ari began taking testosterone, in it they reflect on their gender, their voice, what singing means to them, and the complex decision in front of them.

A Farewell to Altos (and Sopranos) (May 16, 2017)- This essay was written eight months after Ari started taking testosterone. Their voice had begun to change and here they explore some of their feelings of loss and grief associated with that change.

Singing in the Cracks (April 21, 2018) – This essay gives a detailed description of how Ari’s voice has changed in the first 15 months of testosterone therapy and reflects on the emotional ups and downs of singing through these changes. It draws parallels between having both a voice and a gender identity that do not fit into existing categories.